After basking in the serenity of the temples at Angkor it felt strange to be transported into the buzzy heat of Kuala Lumpur, with its mega malls, silver skyscrapers and six lane highways. 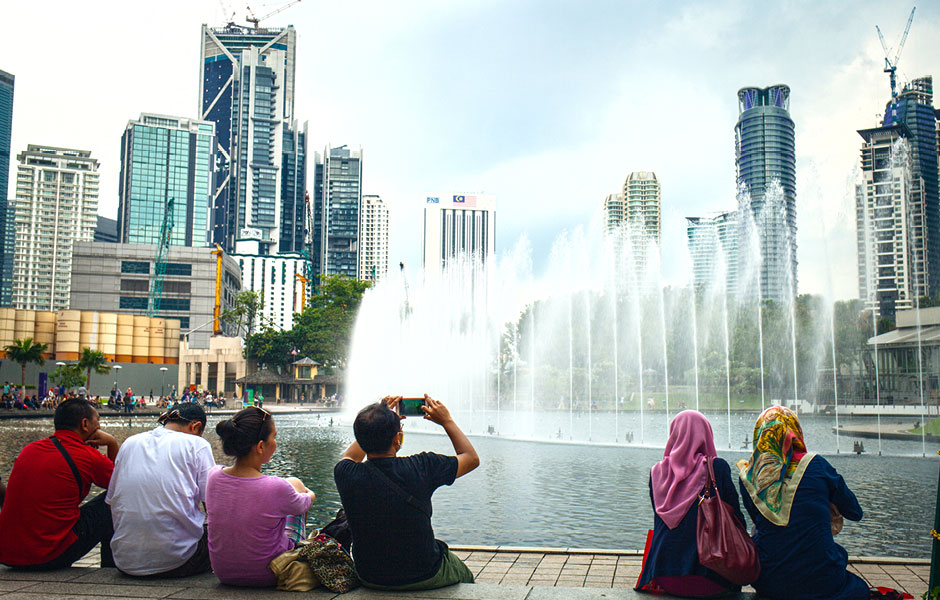 The minute we boarded the hushed airport shuttle in our shorts and singlets, we became aware that being amongst a predominantly Muslim population we should probably be dressing a little more conservatively than we were used to.

This cultural shift continued to surprise when a confused Elliot very nearly stepped into a ‘women-only’ Metro carriage and we later stumbled across a ‘women-only’ parking zone, both of which sounded eminently sensible to Loo. 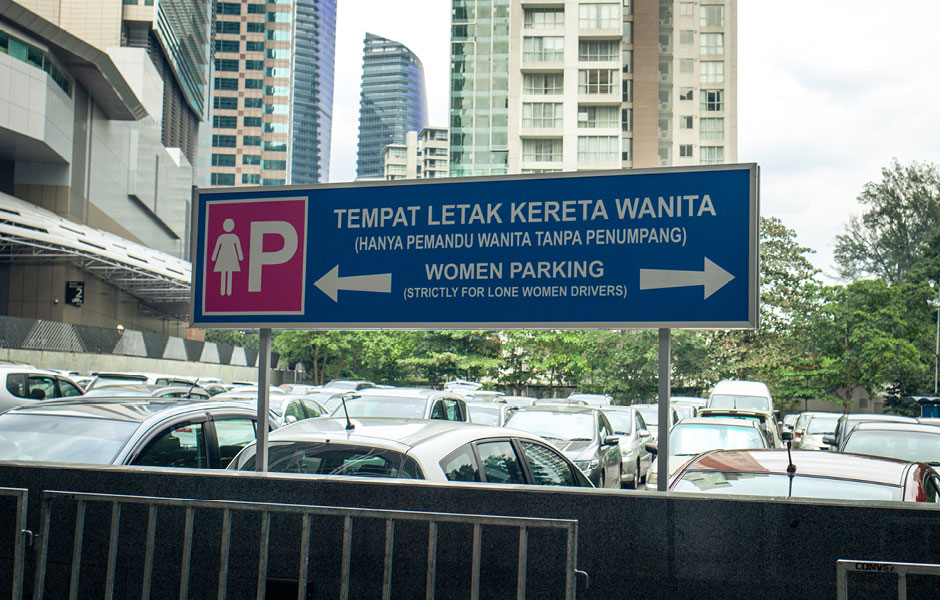 Our windowless bedroom (commonplace in Malaysia, we’ve since discovered) was in the basement of a small hotel on Petaling Street – a lively pedestrianised strip in the heart of China Town. By night, the semi-covered thoroughfare transformed into a raucous market selling trinkets and bootlegs galore. Here, El had the chance to hone his haggling skills by purchasing two new t-shirts for 17p cheaper than their original sale price. 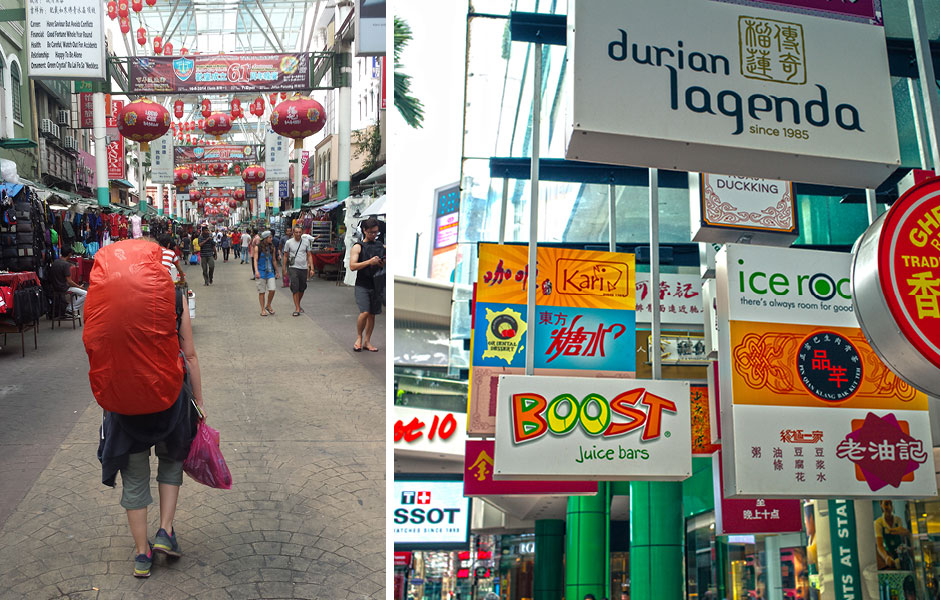 KL is big on shopping and we took advantage of the close proximity of a massive H&M, buying several new items of clothing (hooray!) including a sundress for Loo and new shorts for El. Having blown our daily budget on clothes we decided we may as well lunch at the ultra-plush Pavilion Mall which boasted an entire food court dedicated to Japanese cuisine, named Tokyo Street. 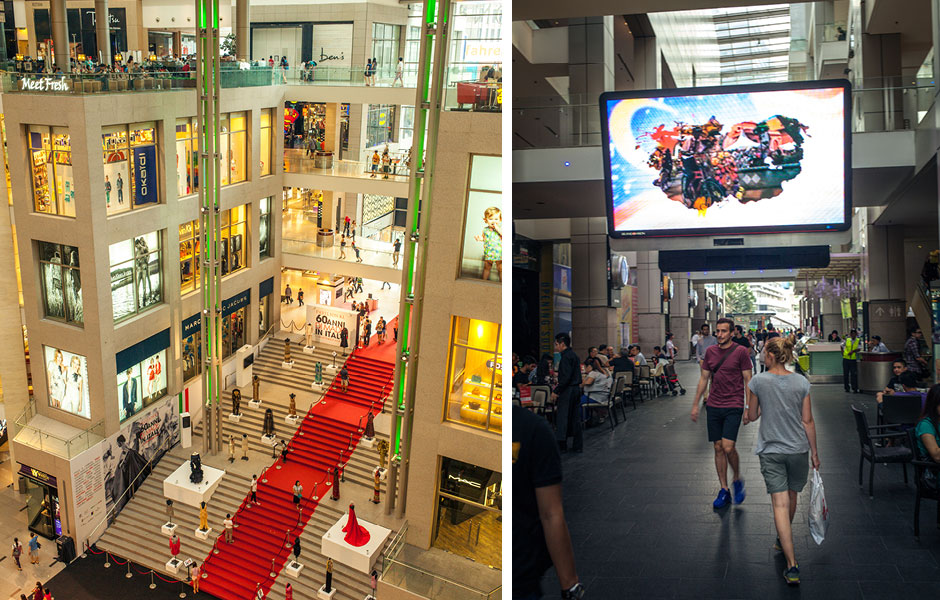 As Japan had sadly been struck from our list of affordable destinations we decided to indulge in a delicious bowl of Ramen and several pork buns at Hokkaido Ramen Santouka. We followed this up with a giant custard doughnut and a tub of not-so-Japanese Oreo ice cream. 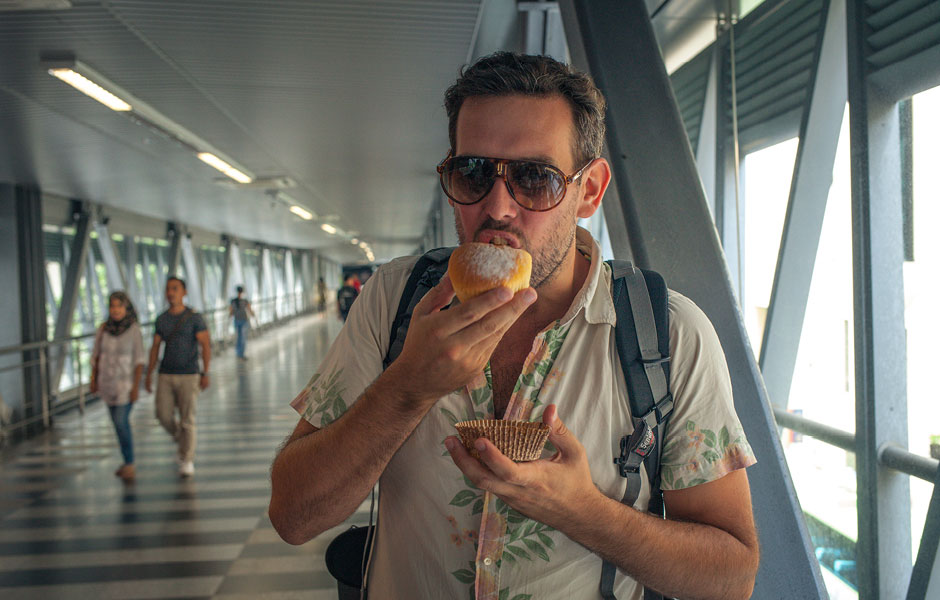 Although KL was more of a transit destination, we were hoping to get a close look at the famous Petronas Twin Towers (the tallest buildings in the world until 2004) and ideally stroll across skybridge to the observation deck. Sadly, our excessive feasting meant we’d left it too late to purchase tickets so we were forced to waddle back to the plaza and gaze at the enormous edifices from afar. 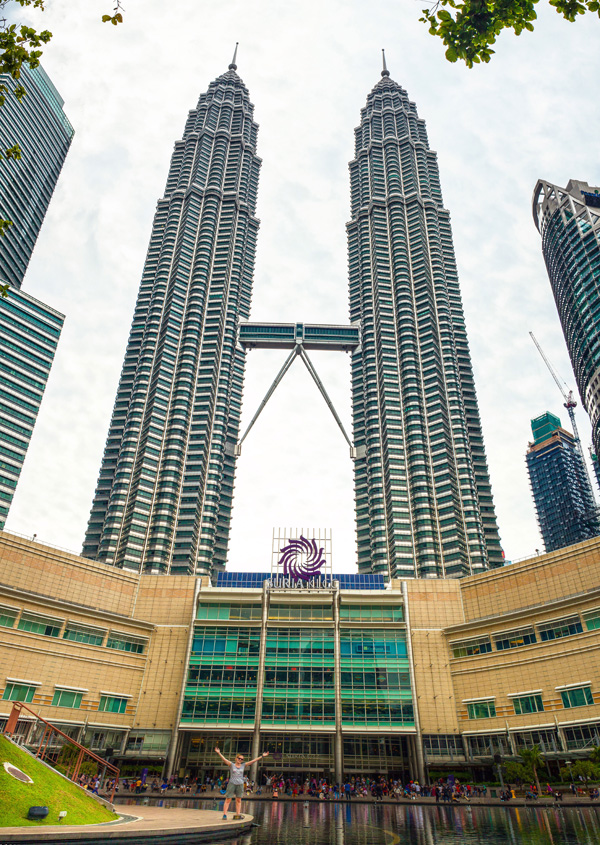 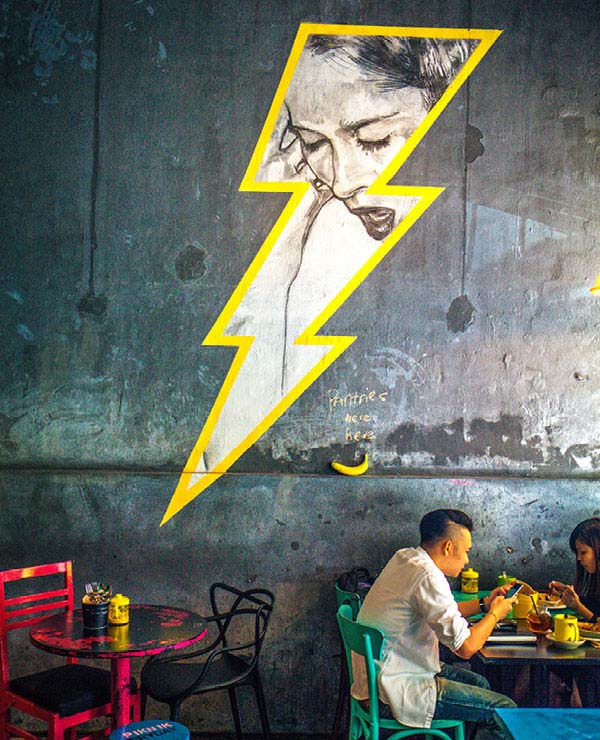 Next up was Georgetown, a melting pot of Indian, Chinese and European influence on the north Malaysian island… 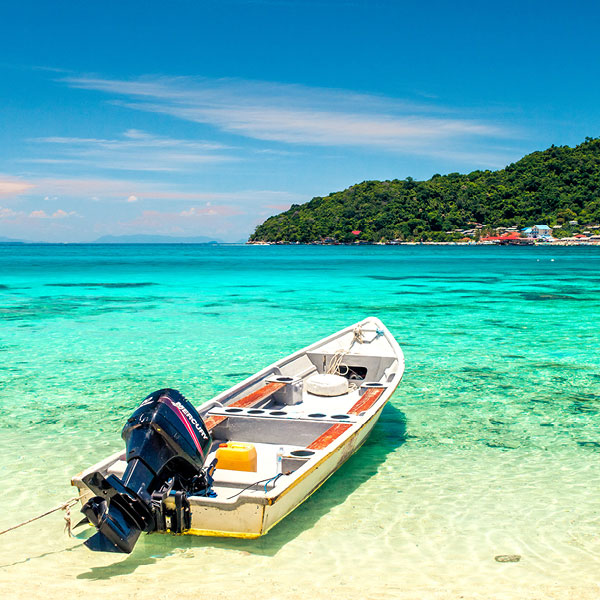 We were surrounded by the turquoise waters of the South China Sea. As clear as glass and flecked…