S-21 and The Killing Fields

It’s impossible to visit Cambodia without acknowledging the horrors that devastated this beautiful country less than 40 years ago, when the Khmer Rouge’s regime of total madness forced two million people out of the cities to take up work on communal farms.

Almost the entire intellectual elite were murdered by their own people between 1975 and 1979, many killed for speaking a foreign language or even wearing glasses. In those three years, an estimated 1.7 million (21% of the population) died either from starvation, execution or disease. 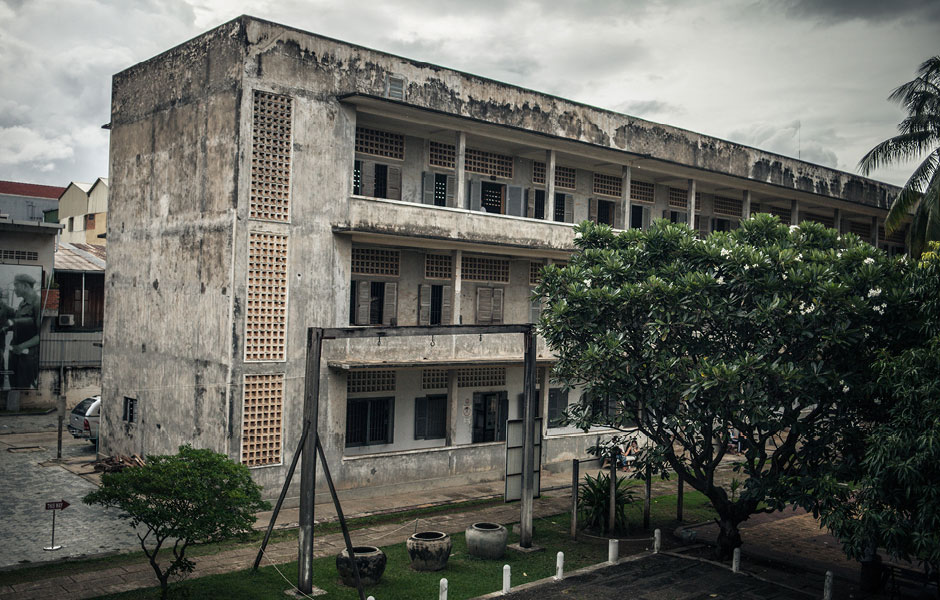 Those suspected of treason were taken to the top secret Tuol Sleng prison (known as S-21) in central PP. A former secondary school, its classrooms, halls and playground were converted by Pol Pots ‘cadre’ into torture chambers.

It was discovered by Vietnamese journalists in 1979, with the bloodied bodies of the last seven victims still handcuffed to the metal bedframes upon which they were tortured. Not long after, it was converted into a museum and has been kept almost as it was found. Somehow, the fact that it was once a school made it all the more terrifying. 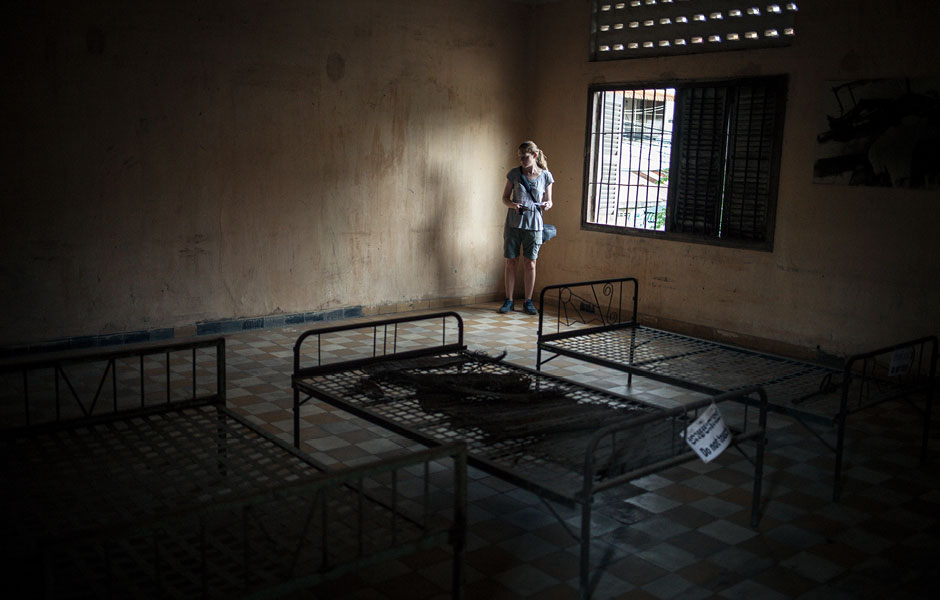 Throughout our visit it was pouring with rain, which seemed the only fitting backdrop to this terrible place. In the last three rooms, hundreds of photographs of victims taken on their arrival at the prison were displayed. The photos, which included babies and the elderly, seemed endless. Out of an estimated 17,000 people imprisoned at Tuol Sleng, there were only twelve known survivors. The rest were transported to Cheoung Ek – The Killing Fields. 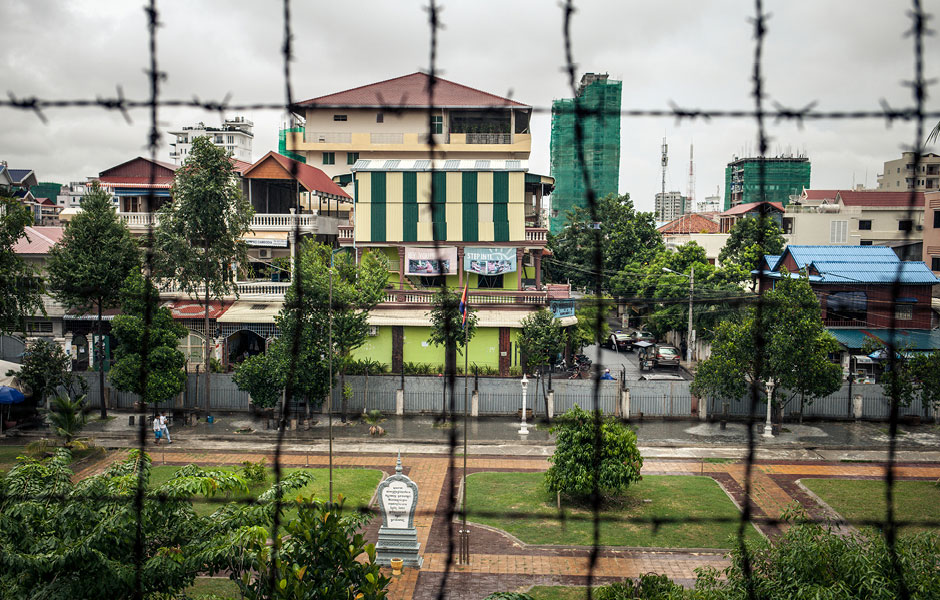 The following day we visited The Killing Fields (is there a sadder place to ask a driver to take you to?) which lies about an hour outside of PP. Here, families were brutally slaughtered (bullets were deemed too expensive so farm implements such as hoes and pitchforks were used instead) in massive numbers and tossed into pits. One large tree trunk was reserved for slamming babies heads against, before they were thrown into a mass grave beside it.

A haunting but incredible audio tour narrated by a survivor detailed the genocide, including the shocking fact that the Khumer Rouge maintained their seat at the UN until 1989. We were left sickened and speechless but with renewed admiration for the people of Cambodia who are slowly rebuilding their devastated nation. Every person over the age of 35 survived the chaos and horrors of the regime, yet they were among the happiest, kindest, gentlest people we’d ever met.

If you are interested there’s a transcript of the audio tour here it is harrowing but worth reading. 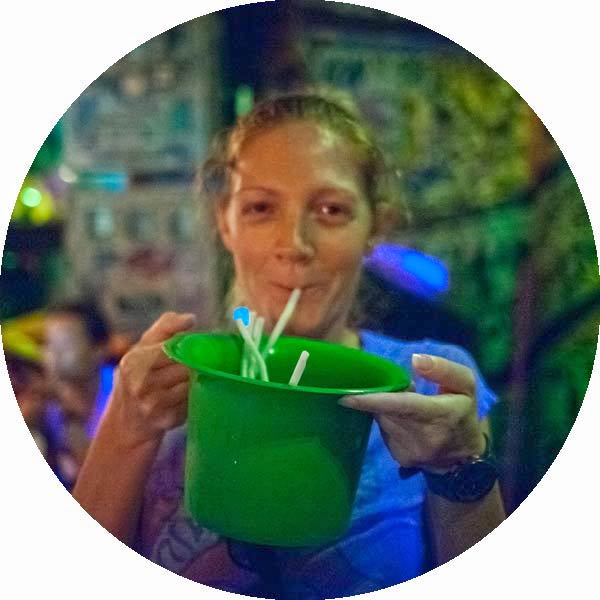 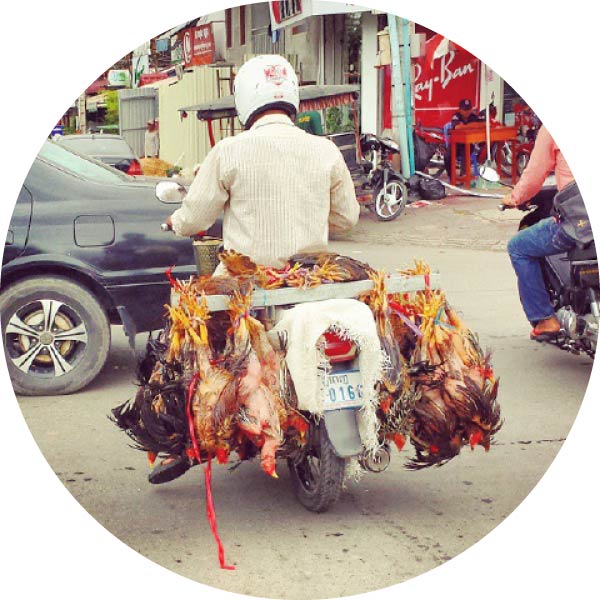 After eight hours on a bus and a two hour border crossing, we finally arrived in the bustling… 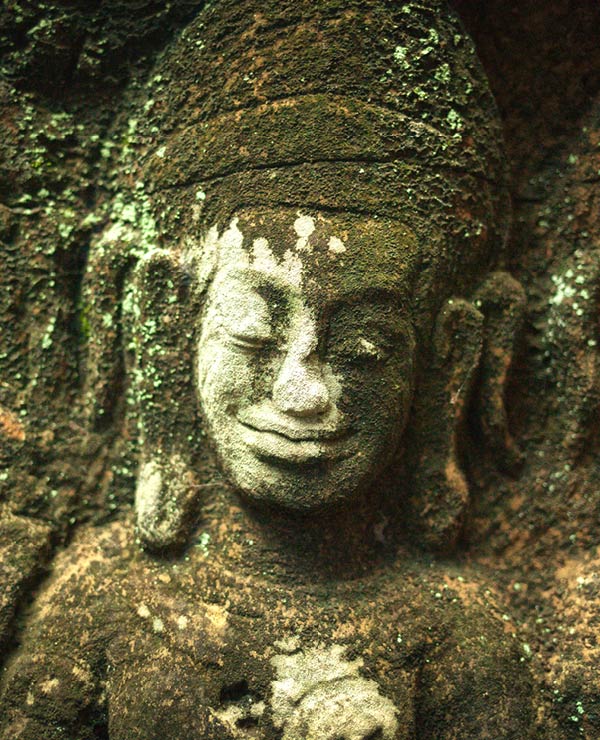 The temples of Angkor

Our tuk tuk driver, Mr Chun, was waiting as we emerged from our hotel at 4:30am, remarkably cheery…