Swimming with Whale Sharks in Cebu

Snuggling up to a 30ft shark has never been top of our bucket list but when we discovered we could swim with the gigantic but genial whale sharks just a few hours from Bohol, we couldn’t resist. When face-to-face with the biggest fish on the planet it’s always nice to have a bit of back up, so we managed to convince a group of Israelis who’d just completed their army training, to accompany us on an expedition to the island of Cebu. 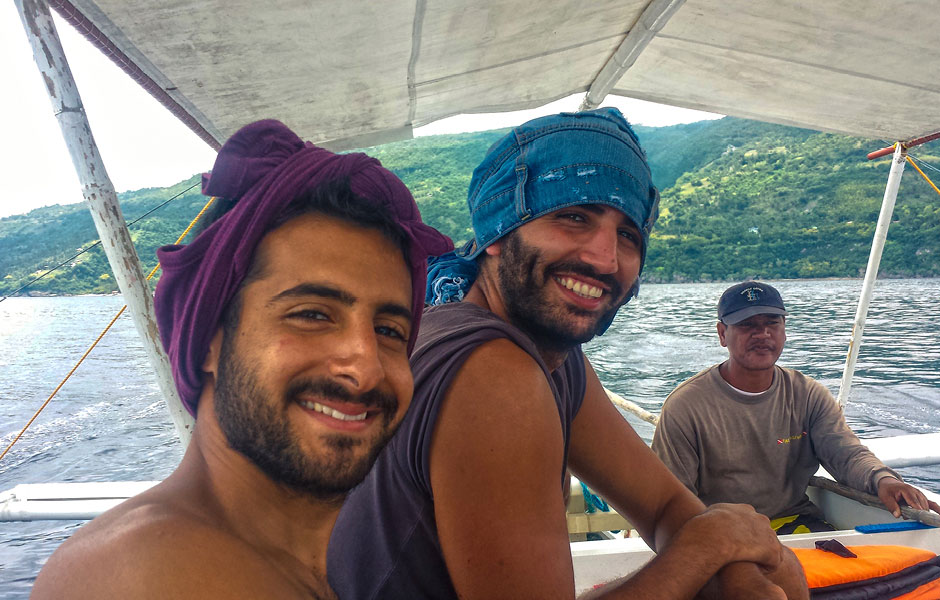 At 5am, we headed to the beach to meet our boatman Jamile, the local crook who’d been arrested the previous week for brawling and planned to take all six of us in his leaky canoe with four seats and no life jackets. Murmuring vaguely about safety concerns in our best Filipino, we carefully extracted ourselves and managed to negotiate an alternative ride in a slightly sturdier looking vessel, which also boasted the loudest engine in nautical history. Despite this, the Israeli contingent immediately stretched out and fell asleep. These guys were clearly hard-core. 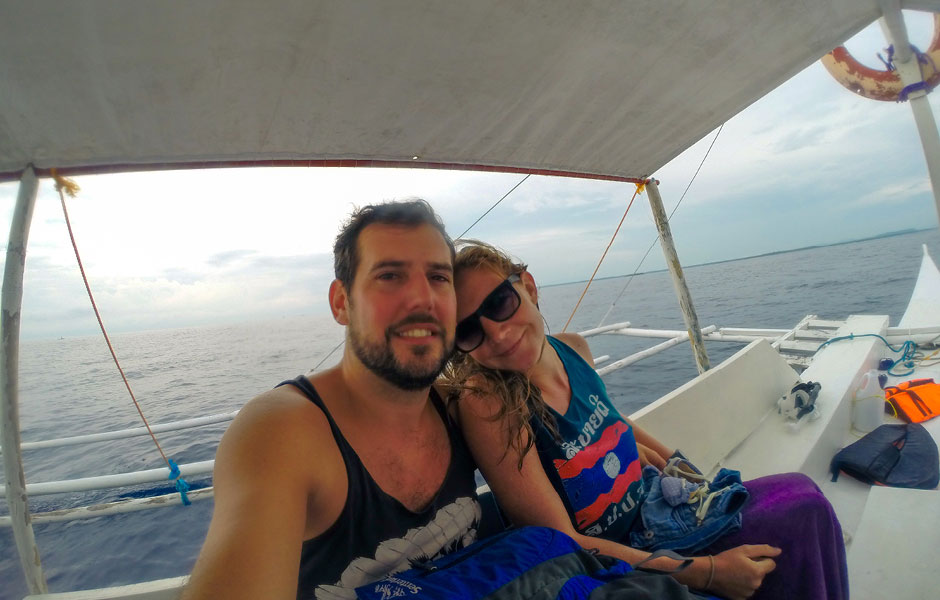 After four hours, ears bleeding and backsides numb, we finally reached Cebu and pulled up at Oslob Whale Watching Centre. The Safety Briefing prior to entering the water with the planet’s largest sharks lasted around 30 seconds and advised against touching them or getting too close to their tails, which could knock us unconscious with one blow. That was all fine with us. 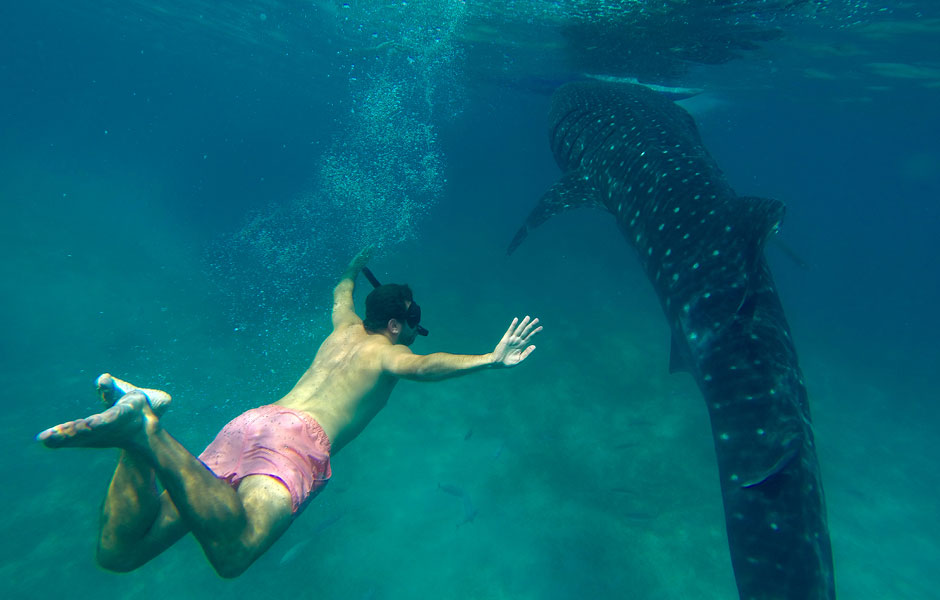 Before we arrived it was hard to fathom the size of these creatures. They were enormous. Some grow up to 40ft and those we swam with were between 10ft and 20ft from nose to tail. There were seven or eight of them and we were totally surrounded. Within seconds of donning our snorkels and entering the water the army boys had started screaming hysterically, trampling on each other in an attempt to get back on the boat. One outright refused to get into the water. 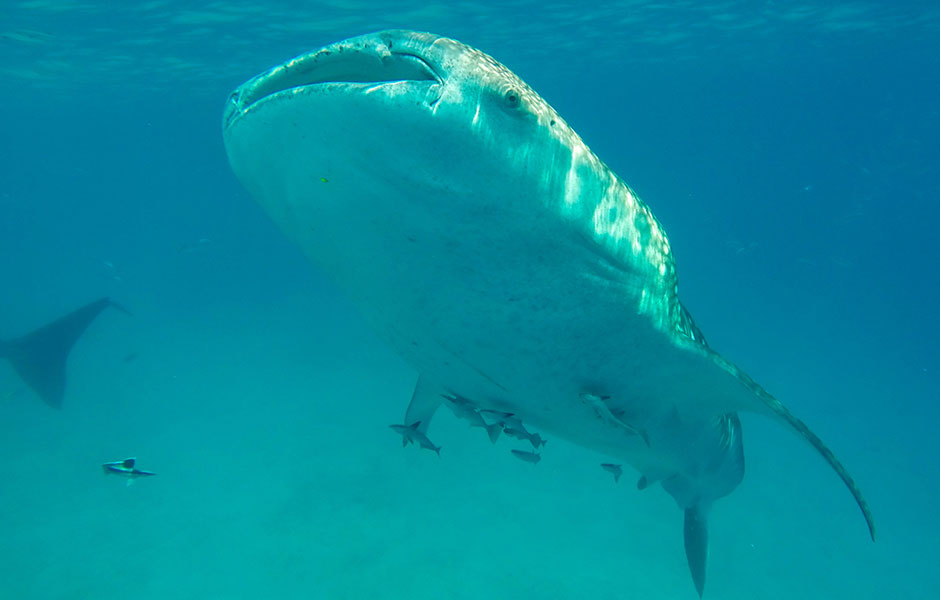 But after ten minutes getting over the shock of being this close to such an impossibly big fish, it was truly amazing. We spent half an hour swimming with the sharks, who were free to roam as they pleased but encouraged to stick around between 8am and midday thanks to the copious amounts of shrimp being tossed from boats above – a high percentage of which found its way into our snorkels… 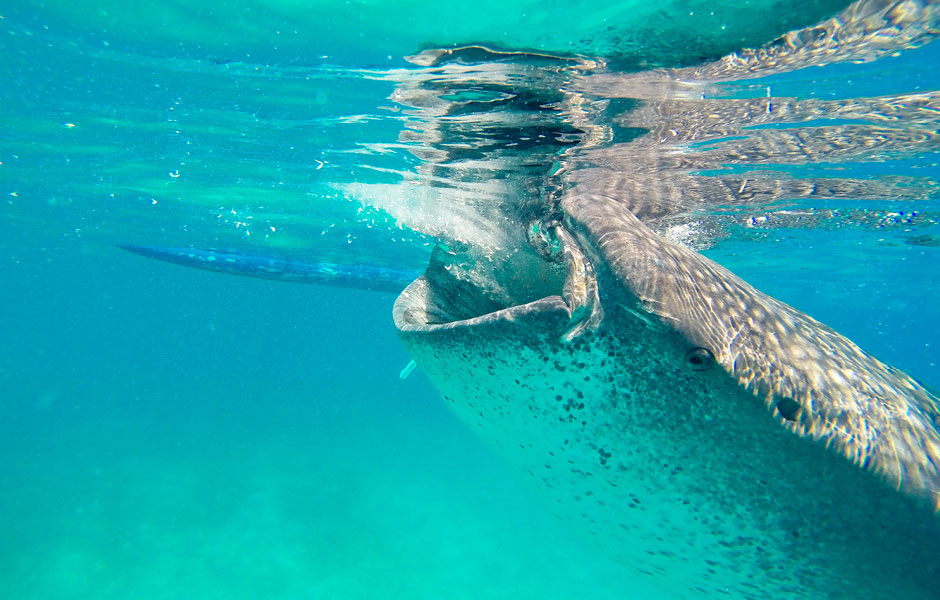 And despite the warnings, it was virtually impossible to stay more than a few metres from the sharks. They had absolutely no fear and as you’d try to swim away from one below, another would from swoop in from above. After a quick bite to eat with our new friends, we headed back to Bohol, stopping briefly halfway for a quick dip with some turtles. A truely unforgettable day. 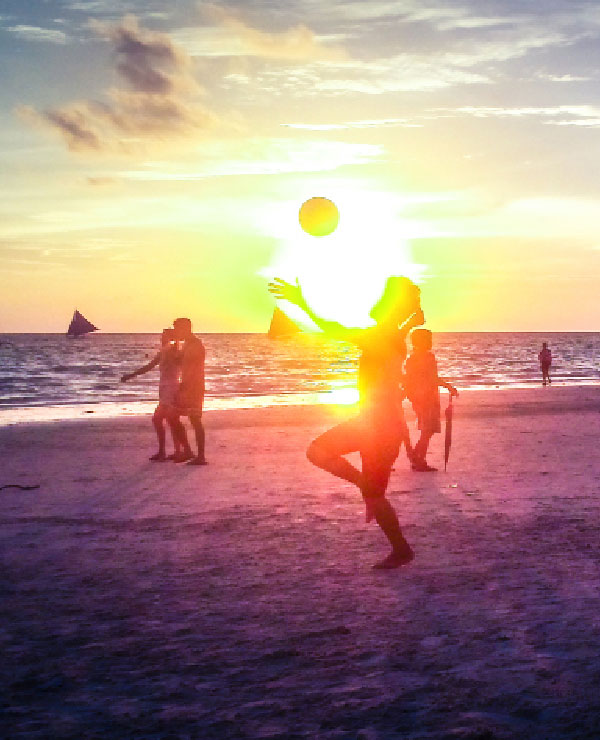 The journey to Boracay was not our finest hour. Lucy left her mobile on a bus in Kuala…