From Titop we set sail for Cat Ba, the largest island in the south-eastern archipelago of Ha Long bay. Our first stop was the National Park where we cycled to Viet Hai fishing village, a place which, until recently, had no link whatsoever to the outside world. There, we met a family who distilled local whiskey (of which we all had a taste) and noted that Dang walked away with a massive keg of the stuff for the crew of our boat… 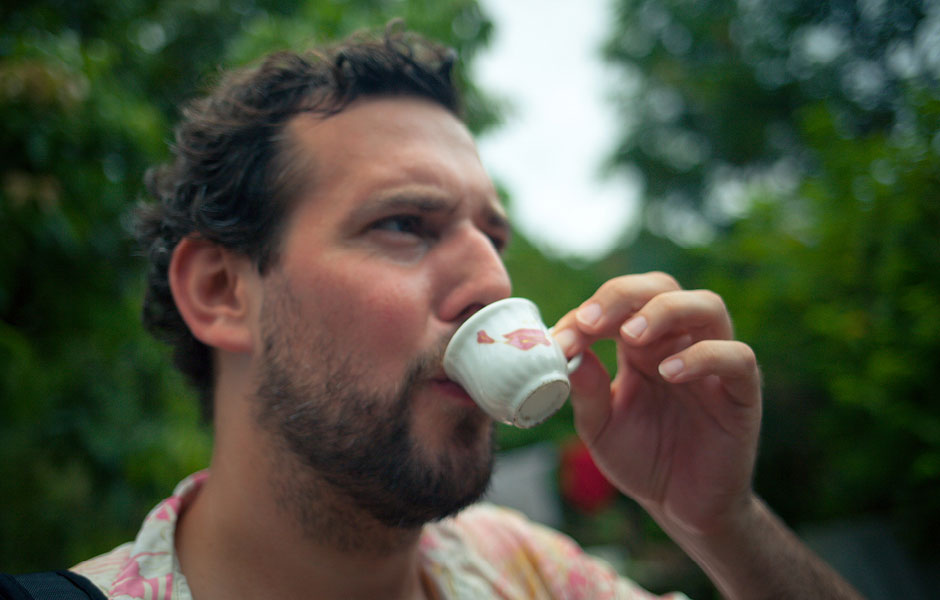 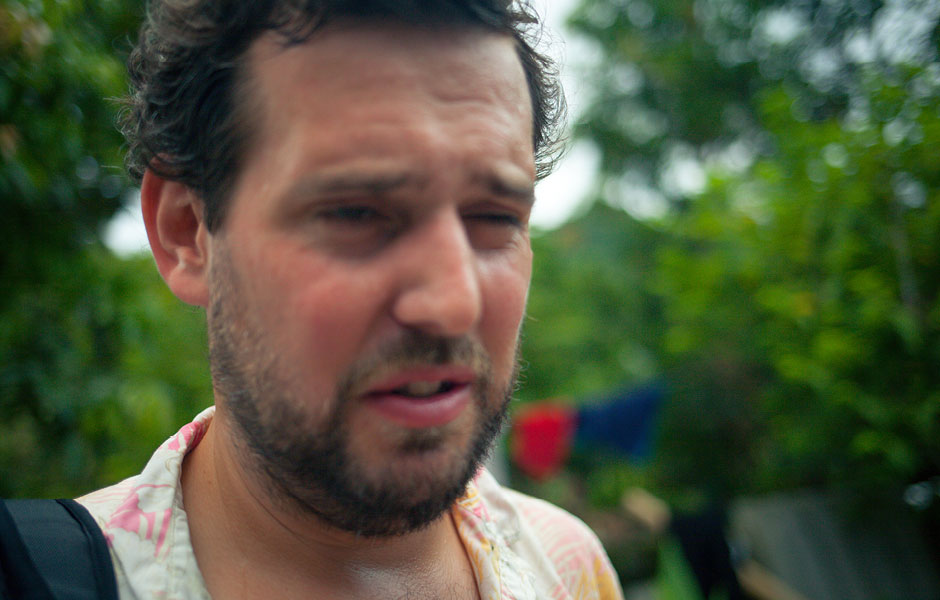 At the edge of the village we dumped our bikes and took the jungle trail by foot. It all started quite pleasantly (Lucy smiling as she held a wild stick insect) but the deeper we trekked, the more terrifying it became. 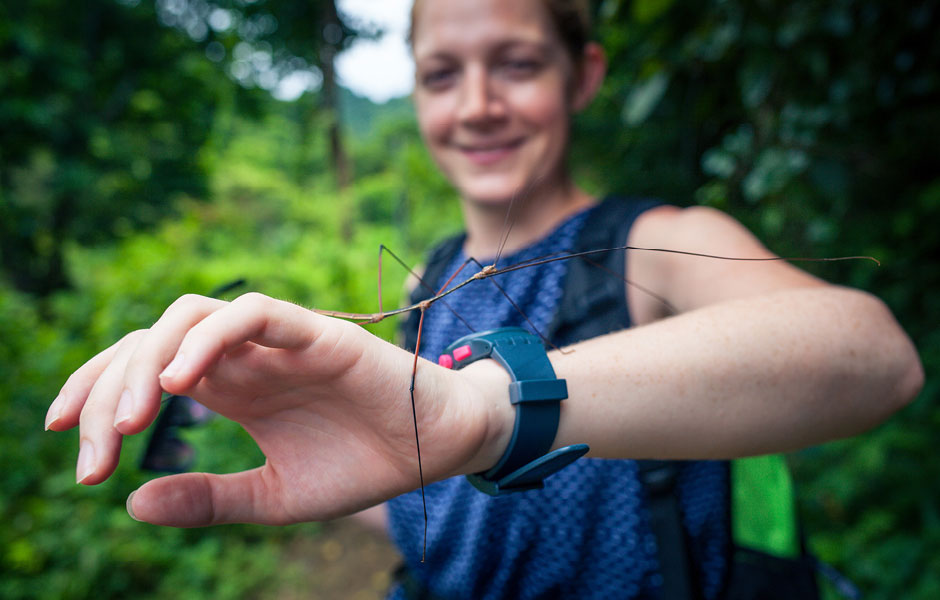 There was a giant bee eating a spider, a snake devouring a toad, a cave with bats flapping around, bits of trouser leg and shoe (who knows what happened there)…we were glad to be back on our bikes. 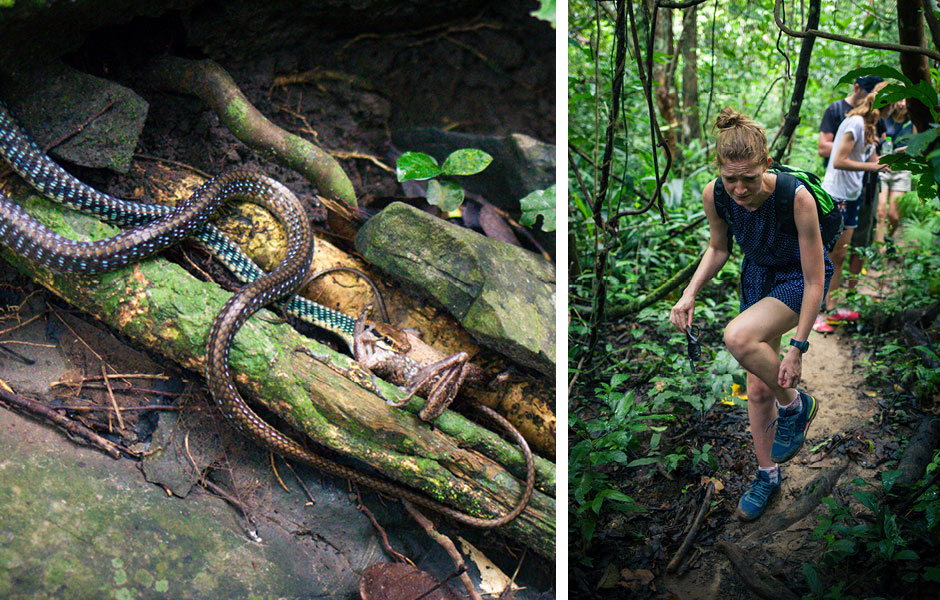 Back on the boat, Dang revealed that we were now outside the beady eyes of the coastguard and could jump into the water without being arrested. At this point, the males of the group became a little competitive and spent the next two hours flinging themselves from the deck, their bodies contorted into various impossible positions, the impact of which looked extremely painful.

As we sailed on, we passed two sprawling floating villages where, for decades, local fishermen and their families have carved an existence on the water. The residents were almost entirely self-sufficient and their townships came complete with schools, rubbish collection boats and grocery stores. 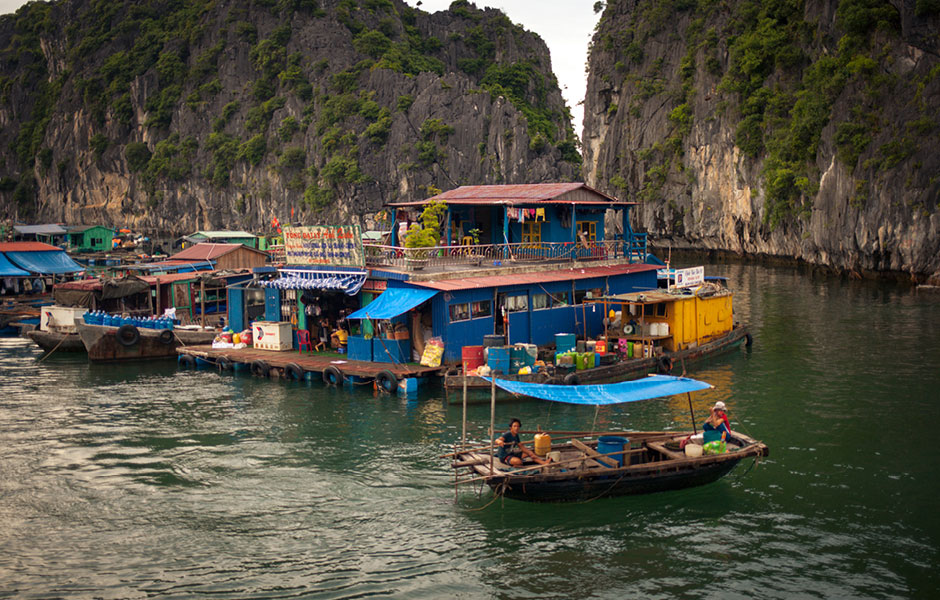 Finally, we docked in Cat Ba harbour. Our hotel was surprisingly luxurious and at sunset, our balcony offered a stunning view of the bay. What we hadn’t anticipated was Tết Trung Nguyên or ‘Ghost festival’ which, despite it’s sombre undertones, appeared to be a celebration of sorts. 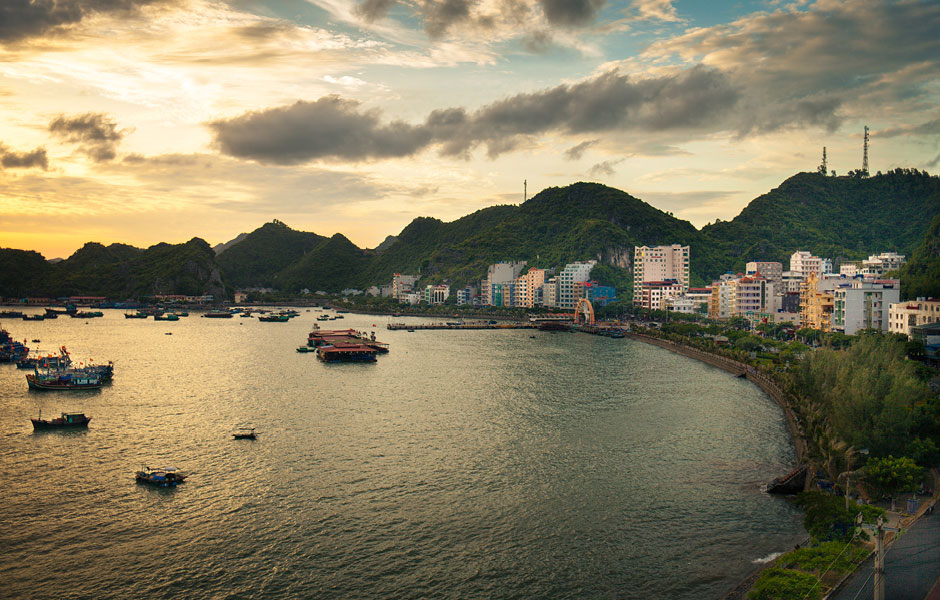 We went for dinner at Bamboo Cafe with Jellyfish Man, whom we now knew as Alex, and his girlfriend Nora, who (of course) lives down the road from us in Tufnell Park. The chat was somewhat limited by the terrible karaoke and bizarre games taking place around us, one of which included wrapping someone in toilet paper… 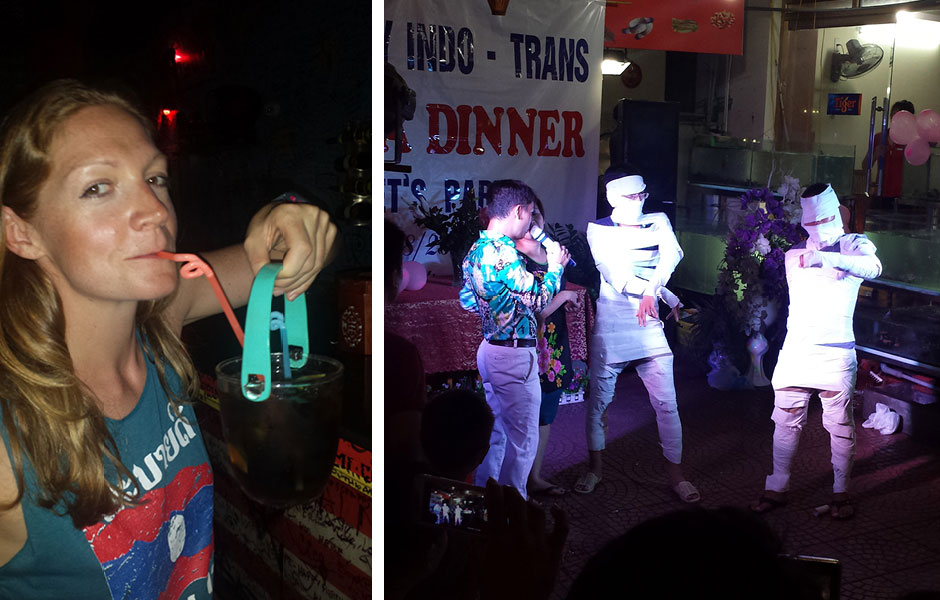 Everyone else was partying so we felt it was only right to do the same. And so, despite having been up with the sunrise, we headed to Rose Bar where our guide, Dang, joined us for a night of tequila shots and cocktails. 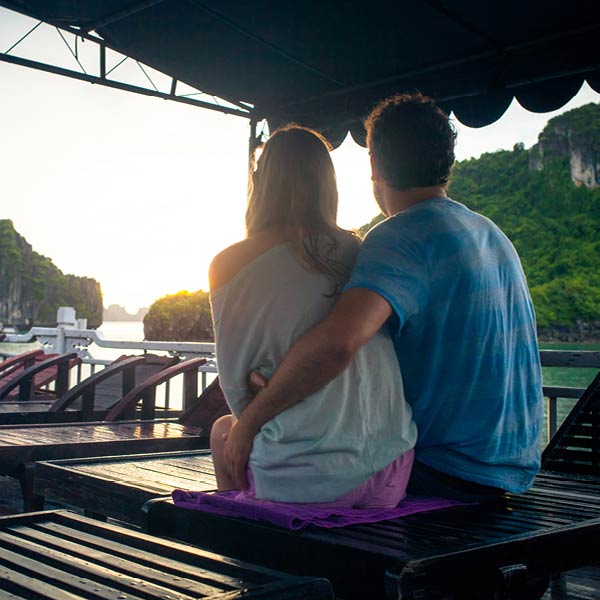 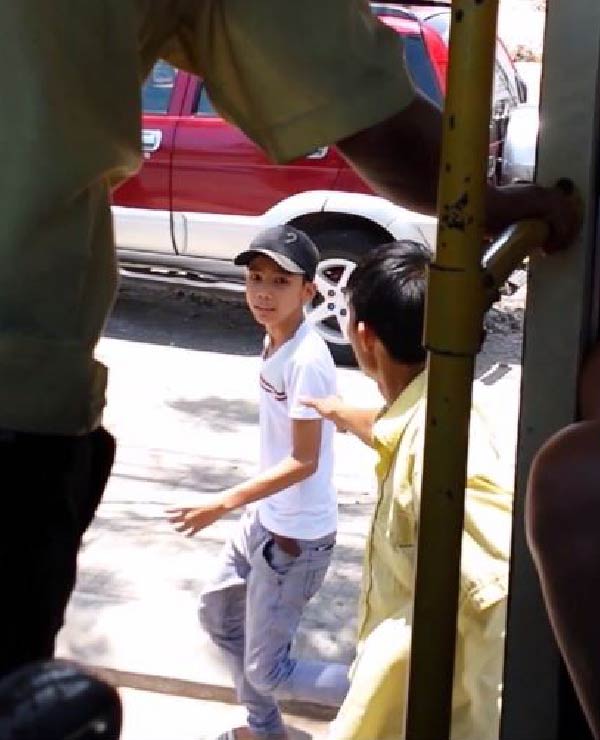 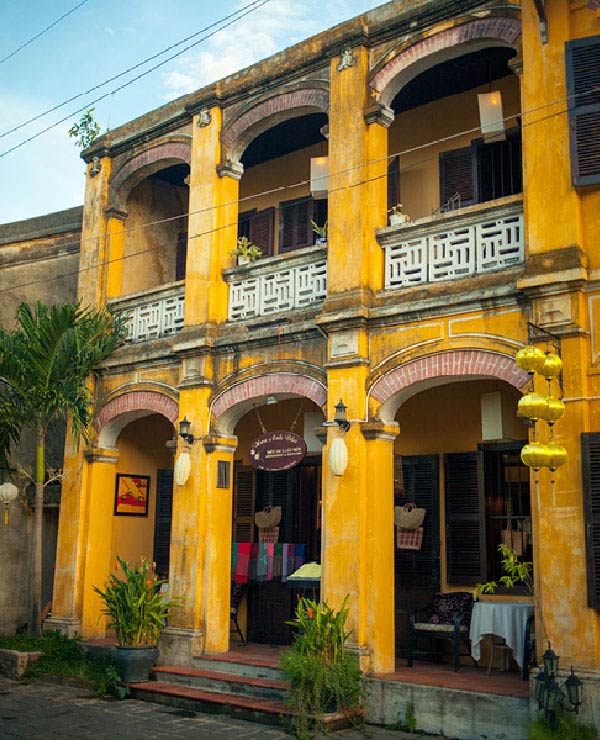 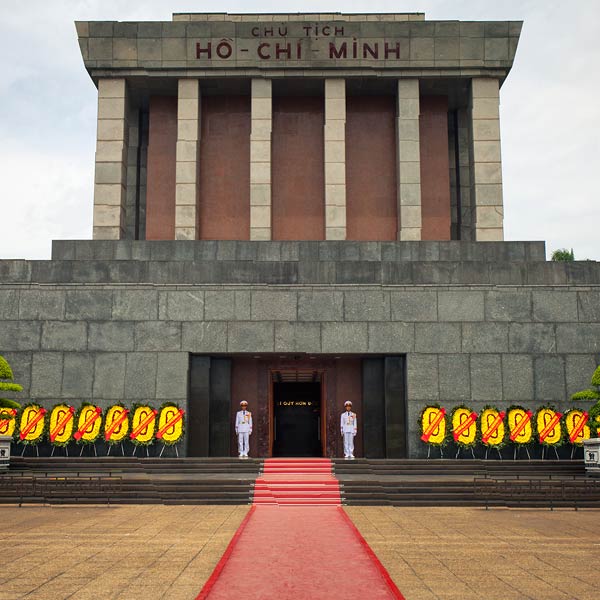 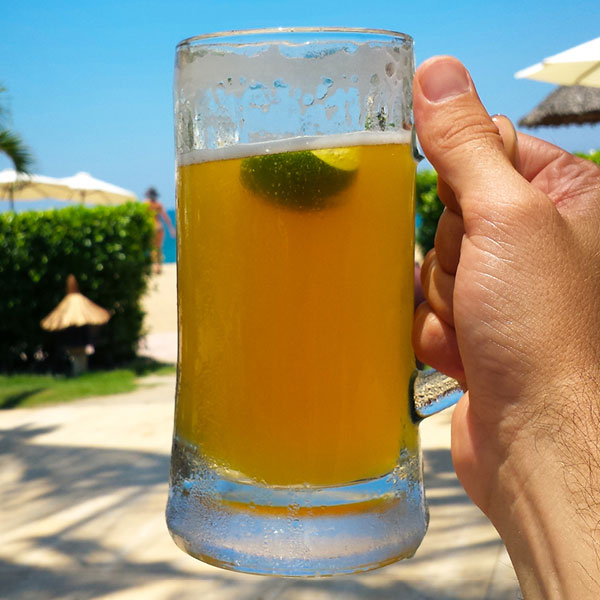 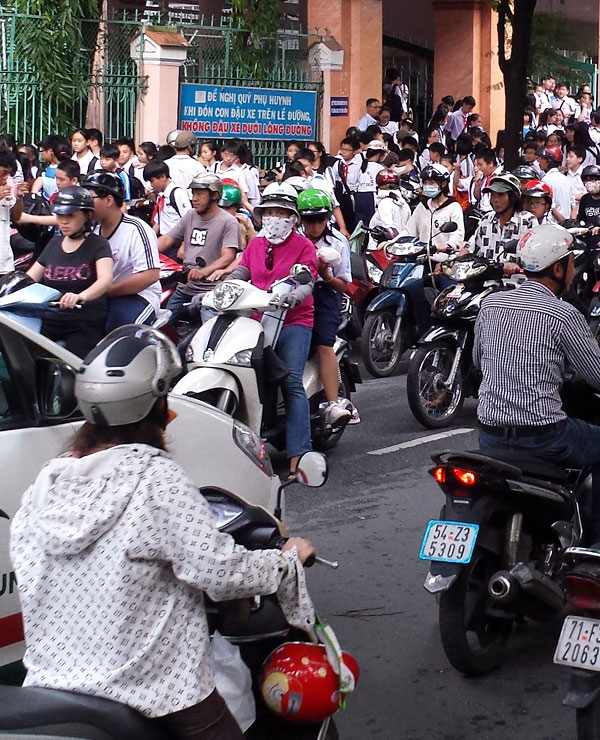 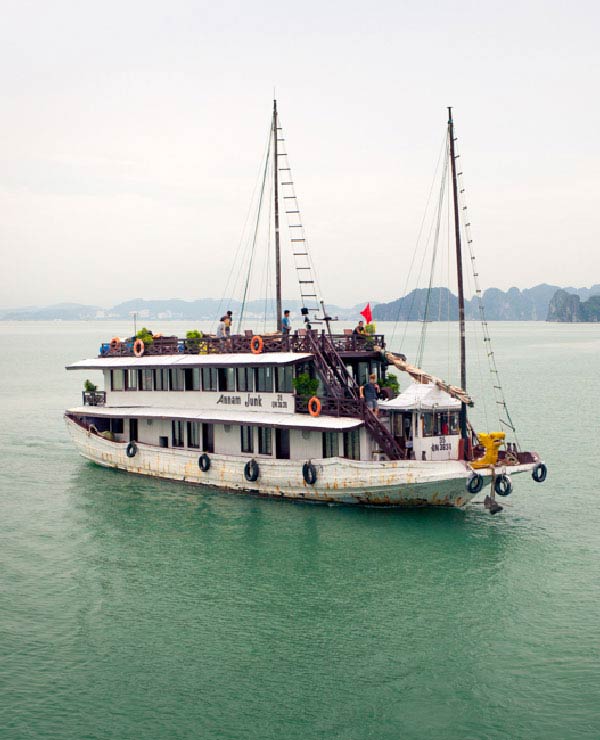